The ITS team are celebrating conducting our Bar Skills, RSA and RSG training courses at a new location – the historic Lord Alfred Hotel.

We love getting to know a venue’s team, and enjoy utilising their now modern facilities as we teach our enrollees hands on, practical Bar Skills. We also like to celebrate the rich history of our heritage venues. The Lord Alfred has stood proud and grand on the Corner of Caxton Street and Petrie Terrace since 1868, and is a much-loved Brisbane icon. The Hotel LA as it was previously named, underwent an extensive $2m refurbishment in 2018 by its then owners Bond Corporation. The impressive three level venue features six bars including sports bars, cosy cocktail nooks, sprawling decks overlooking the city and Suncorp Stadium, and eight trendy function spaces, including the very popular subterranean gaol cells – more on that a little later. On the menu you’ll find everything from classic pub fare or tasty smaller dishes to share, to mouthwatering banquet style feasts! There’s truly something for everyone to enjoy in a relaxed environment.

While still in the hands of Bond Corporation, an article featured in the Courier Mail September 2020 unveiled the plans for a bold facelift including an eight story office tower adjoining the building, complete with a rooftop bar overlooking Suncorp Stadium and Brisbane River.

The Hotel was acquired by Hallmark Group in November 2020 and we look forward to learning of their plans for the future. Petrie terrace in the 40’s had been on the edge of Brisbane Town, featuring only a cemetery. From the 1860’s onwards the suburb began to flourish, houses, a school and shops popped up quickly as well as the Petrie Terrace gaol and military barracks. With many workers and residents in the area, hoteliers took advantage, setting up the Terrace Hotel, Caxton Hotel, Cricketers Arms and the Junction Hotel. View from Petrie Terrace to Brisbane Town Circa 1870 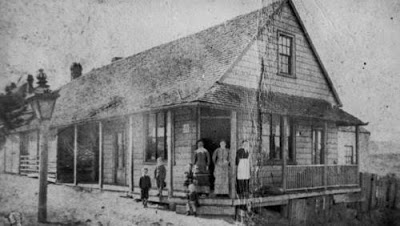 (Photo: State Library of Queensland and John Oxley Library)
Curiously, Dowling had built cells under the building which still serve as cellars today. The mysterious space featured a tunnel running from the hotel, under Petrie Terrace and into the police barracks of the day. While none of the original building records have survived, it is common belief that the cells formed part of a watch-house and doubled as a lock-up. Of course the tunnel could’ve provided the added benefit of easily transporting casks of rum from the Hotel to the barracks mess.
Dowling defaulted on his mortgage in 1867 and the property was sold, and renamed the “Prince Alfred” In 1898 in honor of his royal visit to Brisbane in 1868.

The License changed hands many times over the next two decades, to many colourful characters. One Catherine Jorgensen held the license for 18 years before having it stripped for a string of unlawful Sunday liquor trading offences in 1906. This would not have occurred if ITS was around to give Ms Jorgensen comprehensive RMLV training. Prince Alfred enjoyed a solid trade as a popular meeting place; but by 1881 the building was considered rundown. Then Proprietor John Murnane enlisted renowned Londonderry architect Richard Gailey to design a modern brick and stone Hotel of “superior class.” The estimated cost of developing what the newspapers described as a “first class Hotel” was 2,000 pounds. Quite the penny back in the day.
A small commercial precinct began to develop around the Hotel during the early 20th Century, The Hotels Entertainment Licence was a magnet to the growing residential population, and added great value to the business in its prime corner position.

Changing hands through the Decades

In 1883 the Petrie Terrace gaol was closed and became occupied by the police, with the Defence Force in the Barracks. The Prince Alfred held strong ties to the officers and servicemen of the day. Here it gets a little confusing. Prominent businessman and politician George Wilkie Gray was a proprietor of Castlemaine Brewery, to whom the Hotel was sold in 1888 and the title passed to Mr Gray. The company purchased several hotels in the 1880’s including the Toowong Royal Exchange. The hotels were managed through a lease to Castlemaine Brewery, who would then sublease to a licensee.

When George Gray died in 1924 the Prince Alfred was passed to Castlemaine Brewery and several alterations were made throughout the 1950’s and 1980’s. Bond Corporation acquired Castlemaine Brewery, and thus the hotel in 1986. The hotel was renamed the Lord Alfred, and then the Hotel LA. The rest is, well…history!

The Lord Alfred Hotel today is a work of modern art that has been carefully restored with much consideration to its historic relevance. Here’s cheers to another 150 years of successful trade.